Someone's brief Christian response to Jordan Peterson's endearing pop Jungianism is unlikely to approximate the depth encapsulated in the careers of Bryant and Sanford who, from both sides of the Atlantic, painstakingly and effectively assimilated the best of Jung into the Christian tradition. 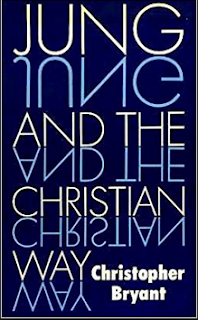 1. It's hard to do better than Bryant's opening directives in Jung and the Christian Way, which originated as lectures given in 1980 at All Saints Margaret Street:


I think Jung's understanding of dogma to be partial and inadequate. He regarded dogma as a protection against a psychic experience which might otherwise have proved overwhelming, as an attempt to tame and domesticate dangerous psychic forces. No doubt this has been one of its functions. But perhaps because of his undervaluing of belief he failed fully to grasp the positive value of dogma. For Christian doctrine and dogma grew out of an attempt to define and map an intense spiritual experience; and dogma is one of the tools for the exploration of a reality which transcends human grasp. The creeds are not intended to be the final expression of ultimate truth but signposts pointing the way to unfathomable mystery. Christians who believe them to be accurate signposts need to take care not to identify the signposts with the realities to which they point. As under Jung's guidance we learn to get in touch with our own depths and discover our own truth, the powerful realities the dogmas signify will become new and exciting (x). 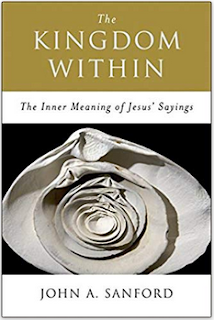 2. Or take Sanford's The Kingdom Within, which helpfully identifies the largest deficit in the Jungian, and possibly Petersonian systems:


Sensing the necessity of evil for the advancement of spiritual consciousness, some psychologists have ventured into the outskirts of the fields of philosophy and theology and have asserted that evil also belongs to the ultimate wholeness of things. C.G. Jung in particular repeatedly intimated that totality must include evil as well as good. This is a dangerous and misleading thought for, in spite of the necessity for evil, evil has a negative power of its own which is directly opposed to the life-giving power of totality. We must distinguish between chaotic or undifferentiated parts of our personality, which may seem to us to be devilish but which must be included if we are to be whole, and absolute or ultimate evil - a very different thing which cannot be integrated into wholeness since it is antiwholeness (137).

3. But none of this is to suggest that one shouldn't just go directly to Jung himself. For critical as he might be of the moribund European Christianity that kept sending him new patients, Jung himself tells Christians, if they are able, to stay put and learn from their own tradition. As Jung puts it in Psychology and Alchemy:


Psychology is concerned with the act of seeing and not with the construction of new religious truths, when even the existing teachings have not yet been perceived and understood.... Accordingly, when I say as a psychologist that God is an archetype, I mean by that the "type" in the psyche. The word "type," as we know, is derived from typos, "blow" or "imprint"; thus an archtetype presupposes an imprinter. Psychology as the science of the soul has to confine itself to its subject and guard against overstepping its proper boundaries by metaphysical assertions and other professions of faith. Should it set up a God, even as a hypothetical cause, it would have implicitly claimed the possibility of proving God, thus ending its competence in an absolutely illegitimate way (263).

4. One wishes, of course, that Jung would have exemplified this reticence career long. In point of fact, he often overstepped it. Hence Bryant is on the mark when he writes, "Jung appears to find it hard to distinguish the experience of the self and that of God. [But] to say that God can be experienced within the working of the human psyche does not, of course, imply that he is not present and perceptible outside of it" (40-41).

5. Even so, Jung - at times - went so far as to complain that people would 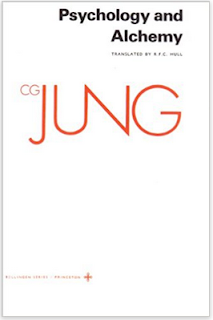 not stay in church. He blamed the church's failures less on the inadequacy of Christianity than on the "psychic situation of Western man, and [his] inability to assimilate the whole range of the Christian symbol" (277). Jung continues:


I would only be too delighted to leave this anything but easy [healing] task to the theologian, were it not that it is just from the theologian that many of my patients come. They ought to have hung on to the community of the Church, but they were shed like dry leaves from the great tree and now find themselves "hanging on" to the treatment (277)...  I wish everybody could be freed from the burden of their sins by the Church. But he to whom she cannot render this service must bend very low in the imitation of Christ in order to take the burden of his cross upon him" (281).

No doubt Peterson's success today is due to more dry leaves shed from shallow churches. But again, it is Jung himself who suggests it would be better for Christians to access the content of their own tradition, perhaps using the ladles forged by depth psychology to help reach it.

The Cowley Father Christopher Bryant (popularized in Susan Howatch's Starbridge series), and American Episcopal priest John Sanford succeeded at doing that. One of the best things the Peterson phenomenon might accomplish is to help people find their books again.