Theological interpretation, by which we mean the answer to the dilemma of infinite possible readings is a firmly ecclesial one, is so hot right now. This is as it should be. The flood of commentaries (Brazos, Eerdmans and Blackwell), books and articles flow from a growing realization that theological interpretation can kill two birds - modern and postmodern - with one stone.

Modernity's mission impossible to isolate the text's historical context and authorial intent is shown, by advocates of theological interpretation, to be of limited assistance for believers. The historical-critical method is, as someone has so nicely put it, "a revelationally inappropriate hermeneutic." On the postmodern end, if the Bible can be unhinged from any original context or intent, then a faithful answer to the consequent confusion is to read the Scripture through a clearly Christological lens. This is appropriate enough, as Christ has long had a facility for opening scrolls, and without him many of our readings amount to weeping (not to mention a yawn).


The words of the Bible are like so many tesserae in the hands of a mosaic-maker. They can be arranged to display something disgusting... Or they can be properly arranged to show the image of a king.

Byassee refers us to Lewis Ayres' suggestion in this volume that the literal, or plain sense (as oppose to spiritual sense) of Scripture, does not amount to whatever historical critics want it to mean. The plain sense of the Bible is, simply put, God. Byassee makes a similar point in his own book on the Psalms, arguing for a "christological plain sense." Dan Treier seems to concur in his forthcoming book, an excerpt of which is available in the current Princeton Theological Review (PDF here), an issue also devoted to theological interpretation. Like I said, it's hot right now. 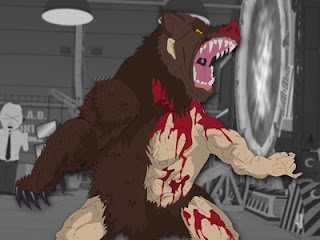 There can, however, be ugly consequences to the shift. In some Seminaries today, a monstrous pedagogical hybrid, one part history, one part theology, and eight parts New York Times, prowls about seeking whom it may devour. It is loosed from the moorings of history, resistant to basic Christian claims, and calls itself "theological interpretation." It dismisses historical critical method as the tired methodology of dead white modernist males, but in its place puts anything but a firmly ecclesial read. One O.T. 101 textbook suggests, nay, insists that


It is not appropriate to make... readings conform to any particular pattern of church doctrine.

I imagine the author is driven by a frustration with recalcitrant Seminarians who refuse to permit the Hebrew Scriptures their original contexts. This is indeed a besetting sin of hotheaded Seminarians, who too quickly forget that the Bible belongs to Israel before it belongs to the Church. What this textbook calls "narrow doctrinal readings" are therefore off-limits.

But can such scholars not see their own theology, a new kind of Creed imported directly, without amendment or reservation, from the secular academy that trained them? The Bible, selectively interpreted, becomes a morality tale illustrating the pitfalls of the politically incorrect. In short, selling one's birthright for a mess of passé pottage is what often passes today for "theological interpretation." Byassee provides a few examples in his article, and a typical O.T. student today at a Protestant Seminary could likely provide many more.

The shift toward theological interpretation, therefore, has its downside, and puts an increasing amount of pressure on the achilles' heel of Protestantism: ecclesiology. For without the firm doctrinal milieu the church provides, "theological interpretation" is anything but Christological. Consequently, biblical studies today provides something of a return to what was best described in John Dryden's famous send-up of sola scriptura in Religio Laici (hat tip to Edward Oakes for the citation).


That Stuff They Found
The chaos of any and all possible readings (except Christological ones) is enough to prompt longings for the fleshpots of Anchor Bible-style historical-criticism, and its trusty handmaiden, biblical archaeology. The claim is often made that such tools have been hurtful to the average believer, hence all the more reason to shift to theological exegesis. Rowan Greer tells a story, cited by Byassee, about the dean of Chichester Cathedral "who was reading the first book of German higher criticism he had ever encountered. As he read, the churchman paused to look out of his window - precisely at the moment when the spire of the cathedral collapsed to the ground!" A good story to be sure, but has this actually been historical criticism's effect?

As Brian Fagan makes clear in his numerous writings on the subject, 19th century archaeology was driven by a powerful Victorian public interest in the veracity of the Scriptures. And, like Heinrich Schliemann finding Troy, Ninevah was not proven to be myth - it was found. Anyone can walk through Assyrian ruins today at major museums (hopefully keeping in mind that one century and a half ago, all we knew of Assyria was from some obscure Biblical references). Babylon, too, was found. Additional examples of the Biblical record's archaeological confirmation are so numerous that one best limit oneself to the top fifteen finds (PDF file).

Or consider the famous Egyptologist Bob Brier. In two of his lectures in his extensive Egypt course, he performs an external audit on the Penteteuch from a secular Egyptologogical perspective. His results? Genesis' Joseph account, strangely enough, is concordant with Egyptological data on mummification, hieroglyphs, magic, and the long tradition of Egyptian dream interpretation. We even have a stela found on Sehel Island that tells of seven-year famine. Exodus fares just as well. The cities of Pithom and Ramses referenced in chapter one check out with Moses' supposed time period, the "heart-hardening" rhetoric is thoroughly Egyptian, even Ramses II's first-born child is known to have died. The only gripe Brier has with Exodus is the number of slaves who might have escaped.

Of course it's a mistake, a very un-postmodern one, to expect any of this data to do too much. None of these verifications "prove" Judaism or Christianity. But seeing that they do confirm both, pardon me if I permit myself a little old fashioned encouragement. Indeed, following Ayers, Byassee and Treier, God may be the literal sense of Scripture. But He is the God of history.

In short, the age of archaeology, broadly understood, has been good to Christians and Jews who believe their faith is not a fable. That devastating discovery that disproves the Bible has yet to be unearthed (though I have hired three assistants to be constantly tuned in to the Discovery, History, and National Geographic Channels at ALL TIMES just in case). On the literary side of things, exhaustive textual analysis has complicated, but not unseated Christian faith. Far from the church crumbling under the weight of the 19th German intellect, the Bible seems to has held up rather well. If anything has crumbled, it's the notion of individual authorship, but as Old Testament scholar Gary Anderson has remarked, if the Holy Spirit is the primary author of Scripture, why should we be so concerned to pin it down to one particular writer? Do we not believe in the Holy Spirit guides the people of God (which includes oral tradition, authors, redactors and canonizers)?

Theological interpretation is, then, a positive and long overdue turn in biblical studies. Avery Cardinal Dulles remarked (in 1966!) that it is only to those "earnestly seeking communion with God will the Gospels yield their full message" (p. 34, hat tip again to Oakes). Dulles is right, and we could say the same of the Old Testament. Still, as the troubled field of biblical studies makes this inevitable shift, be it duly noted that


1. Theological interpretation does not work without good theology.

2. History does not belong to historical criticism. It belongs to God.