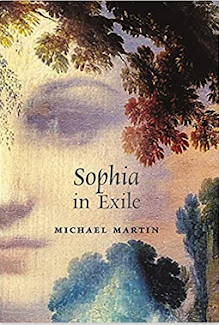 A review of Michael Martin, Sophia in Exile (Angelico Press, 2021), with mention of a few of his other books as well.

Something wonderful is happening in Michigan. Not only has the state produced the trilogy that unfolds the Christian tradition of wisdom as told by Arthur Versluis of Michigan State (mentioned previously here), but now Michigan has generated another trilogy, this one by Michael Martin (The Submerged Reality, Transfiguration and now Sophia in Exile) who writes from his biodynamic farm on the other side of the state. Both of these Michigan mystics do much to uncover alternative (but very much Christian) theological communities surrounding the figure of Sophia throughout Christian history. Still I wonder if Versluis or Martin have stopped to realize that their work, between the two of them, could be substantial enough to contribute equally meaningful twenty-first century iterations of such communities as well.

The title of Martin's latest work says it all, Sophia in Exile. Those familiar with the Gnostic gospels will here recognize a myth where Sophia has been exiled from the evil earth to be beckoned back by select initiates. But Martin has not written the last book in his trilogy to endorse this Gnostic myth but to recast it traditional Christian terms. In other words, Martin's is a wisdom tethered to God's good, richly enchanted earth. Still, Martin faces the failures of Christianity squarely, concluding (in a gloss on Berdyaev) that "only Christianity can save the world from Christianity" (174).

Though more well-researched than many an academic tome, Sophia Exile is certainly not academic (though it is demanding). Martin writes with verve and freshness across a truly wild range of topics. You won't find, for example, nostalgic appeals to the trivium and quadrivium in his work, and he dismisses aping the Inklings as cosplay. His reflections are generously (but not excessively) seasoned with quotes from Heidegger, Goethe, Rilke, William Morris, Sri Aurobindo or with scenes from Malick films. He has absorbed and mastered the academic's trade of hermeneutical nuance. But the difference is that Martin also pushes through the mists and vapor of academic grandstanding, keeping his feet moving on a very earthen spiritual quest. We might say he takes us from the hermeneutic to the hermetic. 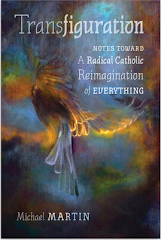 Martin is free to say things that most academics (I am one, so trust me on this) politely avoid: he offers a discourse on nature spirits, a profound meditation on the irreducible mystery of marriage, or generous ruminations on hunting or farming. But whatever Martin's topic, it is our alienation from the earth, from the Real—across the arts, agriculture and academia— that is the common refrain. Sophia is shorthand for the engagement that overcomes this alienation, an engagement which takes considerable attentive work and is consequently far less common than one would think. Sophia is "the metaxu between science, art, and the religious" (25), we learned in the last volume. In this one Martin expands on the fact that she is in exile because we are in exile, unable to give reality the patient and humble regard that it requires. And ultimately, the case remains that "Christ is the Real" (95). If Protestantism (thanks to Boehme, Pordage, Bromley, Law, Herrick, etc.) did so much to revive interest in Sophia (a debt which Orthodoxy frequently forgets), Martin here reminds us that the revival was due in large part to Jewish mysticism of the Kabbalah (5-11).

Martin's learning and breadth as an English professor is the backbone of Sophia in Exile. If he previously reminded us that Robert Fludd and Thomas and Rebecca Vaughan deconstructed natura pura (nature without any need for God) before David Bentley Hart ever got around to doing so (106), now he leads us instead to the optics of Thomas Traherne ("it is almost as if the writings of Traherne wanted to be found, but only waited upon the arrival of the proper moment," 112) and the poetry of Eleanor ("Nellie") Farjeon (a writer, he boldly claims, equal if not better than C.S. Lewis or Charles Williams). 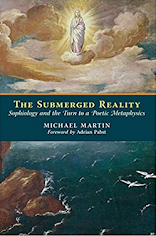 Martin's training and intelligence is in service to much more than himself, and jealously for that which he serves helps explains his pugilism. While the last volume in the trilogy argued "our concern... should be not the problems that now surround us but rather that we can do despite the restrictions brought on by the circumstances within which we find ourselves" (101), he aims to take on global issues a good bit more directly in this book, written in the wake of the pandemic. Martin is profoundly pessimistic about wisdom's prospects in the face of Big Tech. Such companies, Martin previously claimed, could never create pure nature (119). Sophia in Exile only turns up the volume on such warnings, claiming Big Tech has come closer to that unwelcome prospect than ever before. Whether people off the farm and on the grid can enjoy a steady connection to reality therefore remains to be seen. Martin's rhetoric sometimes make it seem like this is unlikely. But it must be possible. Why else would he have expended so much energy writing such beautiful books?

The result of my finishing Sophia in Exile was only to go back to the first in the series (the longest), and look into Martin's close readings of major figures from the wisdom tradition like Boehme, Fludd and Tomberg. There is so much more to take in there, to say nothing of the anthology he edited (with pairs so well with Versluis's similar collection). To be bored by this rich, and still largely unknown Christian tradition of wisdom is to be bored with reality itself. How serendipitous that these buried texts have been made so freely available to us just when they are needed the most.