I have learned (thanks to the good Dr. Ryan Clevenger), of a fascinating corollary to Mattes's book on Luther and beauty, namely, Jason Josephson-Storm's well-crafted stake to the heart of Charles Taylor's assertion that "Everyone can agree that one of the big differences between us and our ancestors of 500 years ago is that they lived in an 'enchanted' world and we do not" (38).

It leads to five more questions of my own, followed by Josephson-Storm's vivid, myth-crunching prose. 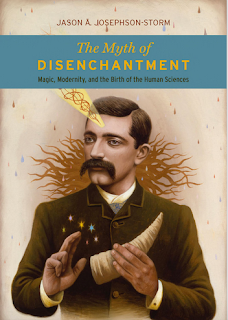 1. But the modern world really is disenchanted, right?


Disenchantment is a myth. The majority of people in the heartland of disenchantment believe in magic or spirits today, and it appears that they did so at the high point of modernity. Education does not directly result in disenchatment. Indeed, one might hazard the guess that education allows one to maintain more cognitive dissonance rather than less. Secularizatin and disenchantment are not correlated. Moreover, it is easy to show that, almost no matter how you define the terms, there are few figures in the history of the academic disciplines that cannot be shown to have had some relation or engagement with what their own epoch saw as magic or animating forces. This monograph has shown how different magic and spiritualist revivals entered the lives of modernity's main theorists, from Max Müller to Theodor Adorno to Rudolf Carnap. But it is not only theorists of disenchantment who were entangled with enchantment....Mechanism has long had establishment enemies. This list barely scratches the surface (304-5).

That artistic and literary movements often went together with magical rituals and spirit summoning should also be no surprise: the occult can be found from the Harlem Renaissance to the Surrealists, from Wassily Kandinsky to Victor Hugo to W.B. Yeats. What we might think of as the orthodox or establishment disciplines have been hardly less magically inclined. Spiritualism and theosophy have appealed to biologists like Alfred Russel Wallace and inventors like Thomas Edison. Nobel Prize-winning physicists from Marie Curie to Jean Baptiste Perrin to Brian Josephson have often been interested in parapsychology. Even computer scientists like Alan Turing believed in psychical powers. Moreover, despite the laments of the new materialists, pansychism has been a persistent counter-current in philosophical circles as well-known thinkers - including Spinoza, Leibniz, Goethe, Schopenhauer... Henry David Thoreau, C.S. Peirce, William James, Josiah Royce, John Dewey, Henri Bergson... Pierre Teilhard de Chardin, Alfred North Whitehead, Charles Hartshorne, Albert Schweitzer.... - all argued that the material universe should be though of as thoroughly animated or possessed of mind and awareness.

2. So should we stop using the term modernity, understood as disenchantment of one kind or another?


Modernity is a myth. The term modernity is itself vague. There can be value in vagueness, but "modernity" rests on an extraordinarily elastic temporality that can be extended heterogeneously and in value-laden ways to different regions and periods. It also picks out different processes such as urbanization, industrialization, rationalization, globalization, capitalism, or various particular artistic, scientific, philosophical, or technological movements. To speak of "modernity or "modernization" is always to select from within these and to surreptitiously bundle them together as symptoms of a larger master process. It often makes an actor out of the very thing that needs to be explained. Hence, modernity is not just vague; it is doing a lot of covert work, and its main feature is its capacity to signal a rupture or breach, which it marks as the expression of a single horizon of temporality. Moreover, when described in terms of the de-animation of the world, the end of superstition, the decay of myth, or even the dominance of instrumental reason, modernity signals a societal fissure that never occurred (306). 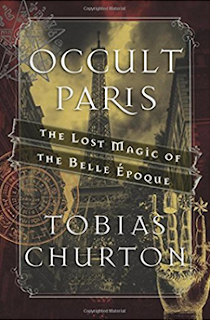 3. But surely the term postmodernity still has purchase, right?


Postmodernity is a myth...  In Die Krisis der europäischen Kultur (The crisis of European culture), the German philosopher Rudolf Pannwitz described what he saw as a calamity in European intellectual and cultural life, arguing that capitalism, shallow materialism, and conflicting nationalism have produced an ehtical vacuum. Strikingly, Pannwitz suggested that this collective zeitgeist has spawned a new type of person: "The postmodern man is an encursted mollusk, a happy medium of decadent and barbarian swarming out from the natal whirlpool of the grand decadence of the radical revolution of European nihilism." ...Pannwitz might seem to be describing our contemporary epoch....  But Pannwitz wrote this [postmodern] account in 1917, not 1987, much less 2017. The appearance of this text and even its term postmodern a century ago allows us to see that the postmodern condition is far from new. ...The term postmodern became lexically available shortly after 1901, when variants on the term premodern appeared and came into common usage.... No sooner had "modernity' become the quintessential periodization than it was possible it imagine its future eclipse. Postmodernity is often presented as a second rift after the rift that defined modernity. Postmodernity is often seen as a counterreaction to modernism, but the two movements largely coincided. Indeed, postmodernism and modernism would seem to have the same meaning insofar as they both aim to transcend the current moment, often by looking forward. Accordingly, both periodizations rest on the idea of fundamental rupture from the past, which, while inflected differently, often rests on the very disenchantment narrative I have been working to dispel....

In sum, I have been arguing that in the hands of both proponents and critics, modernity is a philosopheme that comes with a rudimentary narrative structure attached. Every time something specific is termed "modern"," that implies a story: "First there was x, and then everything changed." The word modernity always communicated myth, and it turns out that disenchantment is one of the stories we most like having told to us. (307-308).

4. But I went to grad school where I read critical theory, so I'm safe from all these enchantment debates, right?


The esoteric keeps appearing in thinkers we have canonized in critical theory... Critical theory's self-image is of vigilance and hyper-intellection. If you are routing it through Kant, Hegel, and Marx, you can make that boast. If you stick with Marx, you can even call yourself a materialist. If you put European mysticism at the center, however, then all those claims become suspect...

Ferdinand de Saussure's attendance attendance at spiritualist séances and writing about theosophy in the very moment he was giving his famous lectures. Gilles Deleuze's first publication, which was the introduction to a work of occult magic. Giorgio Agamben's interest in Paracelsus as a solution to the semiotic rupture. Peter Soterdijk's investment in Osho as a spiritual and philosophical precursor. Roy Bhaskar's debt to theosophy. Luce Irigaray's interest in yoga and mysticism. Even Derrida expressed an interest in telepathy and attempted to ally the pharmakeus (magician), writing, and magic against speech and logos. Not to mention thinkers like Michel de Certeau and Ernst Bloch, whose connections to mysticism are well known. I could go on (237-38).

...Critical theory is one of the central places in the academy for a left-Weberian critique of modernity. We look to critical theorists to be reminded that disenchantment has meant the domination of nature, the dehumanization of humanity, the end of wonder, and the desctruction of myth. But having read Klages, we can see the important aspects of this line of critique originated in the fin-de-siècle occult milieu. So on these grounds, all the various left-Weberian attempt to overcome instrumental rationality or the iron cage by way of re-enchantment might now seem suspect (239). 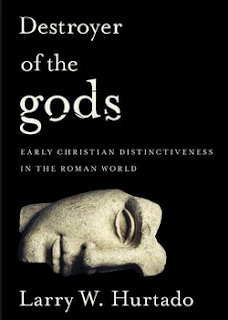 5. So, granting I don't want to conform to the new materialism, or consummate the human sacrifice ritual that George Bataille chickened out of because (although he found a volunteer victim), he could not find a willing murderer (237), is there a way out of the whole enchantment business?


As I interpret Max Weber, we live in a disenchanting world in which magic is embattled and intermittently contained within its own cultural sphere, but not a disenchanted one in which magic is gone... (305) [And yet, for Weber] What ultimately disenchanted the world was the Protestant conception of grace - that salvation is solely due to the sovereign grace of God (sola gratia)." (281).

While Josephson-Storm of course does not put it this way, it might therefore seem fair to argue that Christianity, which began as a disenchanting movement within the Graeco-Roman world, could continue to do similar, perhaps even increasingly necessary work today - leading to a restrained enchantment, animated by love of neighbor, on the far side of God's myth-crunching grace.

Of course, there are a variety of Christian manners of accomplishing this. Perhaps the most direct is just one post back.
Posted by millinerd at 2:22 PM