Our Stars Are Falling 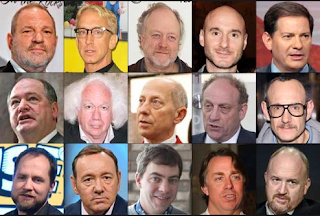 Happy new year, and welcome to Advent. While the world celebrates outside, rushing to Christmas, our readings focus on judgment and apocalypse. You do not need to be pregnant to relate to the Bible this Advent, because there are two pregnancies in this season, Mary’s and what Mary’s son refers to as the birth pangs of the end of the world. But it doesn’t feel very out of step to focus on judgment this Advent, because such themes correspond with our headlines rather well. Starbucks has its cheerful holiday displays and Christmas carols playing, but the newspapers there sold there and media feeds there perused cut into the carols with darkness and forebodings that match this morning’s texts. Sure the sun and moon may not literally be darkened, but the institutions to which most of us look for guidance and light are increasingly dim. I have a hard time imagining any pundit’s analysis of our celebritocracy, as some have called it, could do better than Isaiah: “You have hidden your face from us, and have made us melt in the hand of our iniquities.”

Faced with our unravelling, we may be energized to launch a defense of genuine Christianity amidst abuses. Let people know that the Christians that are getting all the press are not doing it right. That’s important work, a necessary strategy perhaps, I’ve tried it myself - but let’s not fool ourselves into thinking that strategy is Isaiah’s. Because whereas I want to defend what I consider to be true faith, Isaiah just waves the white flag of surrender. He doesn’t say, my part of Israel’s not like that, you know. Instead, faced with an Ancient Near Eastern public relations disaster due to the failure of God’s people, Isaiah doesn’t pick up the fire extinguisher, but he picked up the kerosene instead.

We have all become like one who is unclean,
And all our righteous deeds are like a polluted garment.

Can you help me defend evangelicalism, I asked Isaiah this week? His response was:


We all fade like a leaf, and our iniquities,
Like the wind, take us away.
There is no one who calls upon your name...

The reason Isaiah dares to throw the integrity of Israel under the bus, is because he knows it’s God’s job to fix things, not his. And if Isaiah is maddening in that way, Paul is even worse. He writes to the Corinthians – a spiteful, envious, schismatic band of first century Christians – that is, Christians like us  - and Paul says, in effect, “you have everything you need, you lack no spiritual gift… [therefore] WAIT for the revealing of our Lord Jesus Christ, who will sustain you to the end, guiltless.” 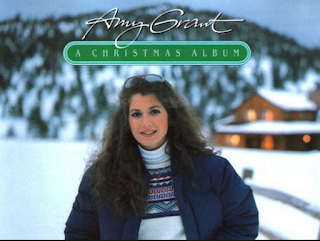 I want to roll up my sleeves and fix things, set the record straight – and maybe such action has its place – but the message for this place, right now, is that while we might want to fix things, God beat us to it. The action that matters most has already been accomplished. And unlike my efforts, his efforts actually got the job done. Momentarily, we will celebrate his efforts – his passion and resurrection - at this table. And if we will celebrate Good Friday and Easter in Eucharist four times this Advent, well then crank up the Bing Crosby and Amy Grant - maybe a little bit of premature Christmas celebration is okay as well.

My point is that our Scriptures today seems to frustrate the Christian like me that wants to do something about what’s going on around us. Isaiah says surrender, Paul says wait – and Jesus doesn’t help me much either.  Jesus in Mark 13 even seems confused. He seems to think that the end of the world would happen within the lifespan of the people to whom he was then speaking. “Truly I say to you this generation will not pass away until all these things take place.” Many have claimed that the New Testament here just gets it wrong. Its writers thought the world would end, but, two millennia and change later - here we are. And there are answers to that objection, right? Jesus was referring to the Fall of Jerusalem in 70AD, which he accurately predicted, and which is a prototype for the end of the world yet to come. And that’s a good answer. But a pithier reply to that objection came in a class at Princeton University taught by theologian Robert Jenson, who died earlier this year. A skeptical student in class asked, “Doesn’t the NT indicate the world was about to end – why has God delayed?”  And Jenson nonchalantly responded to that question with a brilliant six-word reply: “Why has God waited?” His answer: Because he wanted to include you.

As a teenager I used to go in for those end time prophecy charts that I was once schooled in as an evangelical convert. I don’t adhere to them anymore not because I take Scripture less seriously, but more seriously. Our passage says that “neither the angels in heaven, nor the Son, but only the Father,” know the day and the hour of his return. And that means that the shofar-blowing, end times chart wielding dispensationalist Christian that I spoke to at length in California this summer, who claimed to know the time of Christ’s return, was claiming to know more than Jesus. But wrong as he is, that guy - our brother - still has something we need. Because it is good for us to believe the world is nearing its end. First because it might actually be the case, and secondly, it helps us align our priorities.

And for many of us in this congregation, we don’t need to look at the headlines to feel the world is ending. Illness or tragedy has done that instead. We do not need a rapture theory to account for Jesus’ claim that “one will be taken and another left” because we have lived it. Some of us were taken by illness and death, and some of us were left. And such deaths – tragic as they are – function as spiritual alarm clocks for the rest of us. Whether the end of the world is upon us I do not know. Other times in history such as Isaiah’s or Jesus’s or 1453 or 1944 probably had more reason to think they lived in the end than we do now. That said, our inevitable death – which will probably befall everyone in this room before this twenty-first century ends – is the functional equivalent of the second coming of Christ for each us. “To be absent from the body, is to be present with the Lord.” So, Mr. unsophisticated street preacher, may I borrow your placard for a moment?  because the end is nigh for we sophisticated Christians as well. Therefore, “be on guard, be woke, lest he come suddenly and find us asleep.”

Mark 13 says the sun and the moon will be darkened, and stars will be falling from heaven. And that may not be literally be happening right now, but that the media and political and movie stars are falling cannot be denied. The celebritocracy is shaking. I have relished the collapse of some of them, convincing myself that my indignation is of behalf of their victims. And we can be indignant on behalf of those victims – God certainly is. Remember last week? “What you have done to the least of these, you have done unto me.” Jesus identifies with the victims. And if you are such a victim, which I am not, take comfort in Christ’s identification with you. But what is so difficult for me to acknowledge is that when our news and entertainment stars fall from a great height, they don’t fall beneath us, no, they fall to the earth – to the place we Christians occupy as sinners redeemed by grace alone. We therefore don’t stand above the fallen, we stand next to them. “Beware of ever aspiring to such purity,” says Martin Luther, “that you do not want to seem to yourself, or to be, a sinner. For Christ dwells only in sinners.”

Aside from any headlines, if you, like me, have a carefully nurtured high view of yourself – then maybe our stars need to fall this Advent as well. Indeed, to be a Christian is for the stars of our egos to have fallen, while the one star that matters still hangs in the sky, leading us, come Epiphany, to him.
Posted by millinerd at 3:49 PM