The End of Grace

A sermon preached at All Souls Church on Christ the Kind Sunday, November 26, 2017 (Audio here)


It’s the last Sunday of the Church year.  And It’s not just our church year that is coming to a close, but our year of focus as a congregation on grace this year seems to be abruptly ending as well. Because if grace is about undeserved favor, as we’ve been insisting with the classic 16th century Reformers who left their mark on our tradition, there seems to be a lot of deserving going on in parable of the sheep and the goats, where Jesus our King appears to punish and reward based on our actions. The sheep fed the hungry, clothed the sick, and are rewarded for what they did. The goats did not do those things, and are punished for not doing them. Salvation - so it seems in this passage - is not based on what Christ accomplished, but on what we accomplish for him.

So much then for grace. Based on this text it’s high time we amp up our programming here at All Souls. Do more. Feed, clothe and visit more people so that when we arrive at the gates of heaven for our final exam, we will look Christ our examiner in the eye and say “You gave us the cheat sheet in Matthew 25, and we did what you said. With our careful list of programs and accomplishments in hand, we’ll declare to our beloved Savior, “Render to us what we are owed.” Actually, if we said this to him, he wouldn’t b our savior really, because he just told us what we should do, and we – by doing it – saved ourselves. We’ll be like the man in the C.S. Lewis’s The Great Divorce who tries to breach heaven with the artillery of his accomplishments.


“Look at me, now,” said the Ghost, slapping its chest (but the
slap made no noise). “I gone straight all my life…
I never asked for anything that wasn’t mine by rights.

Or not. I actually don’t think that’s what the parable of the sheep and goats is saying at all. Our year of grace is therefore not over, and by God’s grace it never will be. The reply given to the ghostly figure at the Gates of Heaven in the Great Divorce is correct. "Nothing in God’s kingdom can be bought." Now you may be able to buy a ticket in other religions. The Egyptian Book of the Dead, for example, contains a scene of final judgement where the righteous boast, “I have given satisfaction to God by Doing that in which he delights.” But that is precisely not what the righteous say in Matthew 25. And the more closely we look at this passage, the more that caricatured reading dissipates, and the true nature of our Shepherd King is revealed. 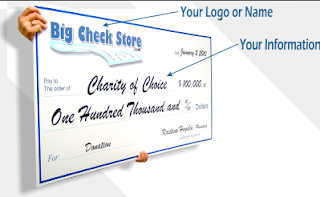 Now of course, what we do does matter. “O it is a living, busy, active, mighty thing, this faith,” says none other than Martin Luther. “It impossible for it not to be doing good works incessantly” (ht: Wes) Yes, good works are key. But what’s fascinating about this passage is that they cannot be no tallied up in scorecard, because the sheep are blissfully oblivious about what they’ve done. There is no smug satisfaction, no proud unfurling of a banner of accomplishments or a three by seven foot massive cardboard check presented to Jesus with tallies a lifetime of charitable giving. There instead only surprise.  "Lord, when did we see you hungry and feed you, or thirsty and give you drink? And when did we see you a stranger and welcome you, or naked and clothe you? And when did we see you sick or in prison and visit you?’” They are surprised. It turns out that all the good works of the sheep were not for score-keeping, but grew from their love of Jesus. The only calculations in this scenario comes from Jesus, who knew all along. “Come, you who are blessed by my Father, inherit the kingdom prepared for you from the foundation of the world.” The sheep may be surprised, but God is not. And nobody earns an inheritance, of course. It’s a gift. 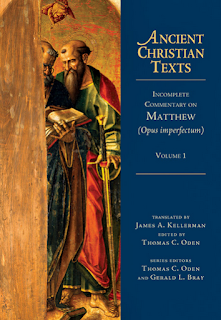 If this reading of the passage sounds too Protestant for our ecumenical age, then it’s worth noting that the anonymous incomplete commentary on Matthew, that Thomas Aquinas said was superior to the great churches of medieval of Paris, summarizes the parable in this way: “The kingdom of heaven has not been created according to what human righteousness deserves, but according to what God’s power can prepare….” (Homily 54).

And so all along it was Christ working through the sheep, ministering to Himself as manifested in the needs of the world, where he is especially present. For a Christian to render service to the needy is, bizarrely enough, for Christ to render service to himself. It sounds strange, but it is exactly what the text from Ephesians says when it declares that we are “his body, the fullness of him who fills all in all.” His fullness is being poured over all creation, looking for places that are empty enough to receive it. And the church is not the community of people filled with themselves, but we are instead the epitome of that emptiness – so that God can fill us to overflowing into the need of world around us, where he is present as well. His presence in need is why our cardboard icons of our brothers and sisters in Kenya, whether in the sanctuary or in the sponsorship cards that can be taken in the narthex, are actually icons of Christ no less than Joel’s painting in the back. And if seeking his face in the needs of the world is reason we do good works, then sure, we can increase our productivity – or maybe scale back the activities that weren’t undertaken for that purpose. Not just lean into new projects and initiatives, but lean back into what he’s prepared for us to do beforehand. Not just fresh resolutions for a new church year, but new year’s resignations as well. 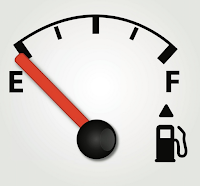 But whatever we’re called to do or not to do – He knows your assignment, I do not - there actually is one way to be certain that Christ is with you from this passage. Notice there’s a third category beyond sheep or goat. There’s one place in the passage where his presence is actually guaranteed. In the position of need. That’s why are honoring the church in Iraq today. As for our congregation, Are you sick? This passage guarantees that he will be made known in your lack. Αre you grieving? He is there. Is there a need in your life in any way, a place where you find yourself asking? Matthew 25 assures you that he resides in that need just as he resides in the bread and wine we’ll be sharing. And I know most of us here are well fed and clothed, which is why we seek him in the needs of others. But in the same Gospel of Matthew Jesus says “Blessed are those who hunger and thirst for righteousness,” and if we have that kind of need, he promises to be present to us as well. Ironically, if we conclude from this passage, “Lord, I know I don’t care for the poor sufficiently,” that’s where we can be sure he will be with us.  Your and my inadequacy – our emptiness - is our ticket to this table. If we can say that about ourselves, he may respond with the words from this morning's reading from Ezekiel: “I will seek the lost, and I will bring back the strayed, and I will bind up the injured, and I will strengthen the weak, and the fat and the strong I will destroy.”

That requires resting around his shoulders like the sheep in the painting in the back of our church, which is an individual portrait of everyone in this room. You are the sheep that is spoken about in Ezekiel. Rescued perhaps from an abusive situation, from an addiction, from the prison of self-satisfaction, or from a kind of performance-driven Christianity that might have run you out of his pasture for good. There are kings and there are shepherds, but only he is both. And he has brought you to this little way station, this stable. He might be telling you to launch a new program of good works for him. If so, do it. He might also be telling you, as he does in Ezekiel “I myself will be the shepherd of my sheep, and I myself will make them lie down.” And when we lie down – ceasing our own self-generated projects – then he can finally pick us up, and get to doing the work he’s planned to do through us from the start.
Posted by millinerd at 8:51 PM