It helps no one, least of all the stars. Here's how Hugh of St. Victor (1096-1141) diagnosed the problem from the outskirts of twelfth-century Paris. 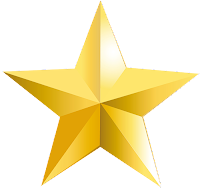 Although the lessons of humility are many, the three which follow are of especial importance for the student: first, that he hold no knowledge and no writing in contempt; second, that he blush to learn from no man; and third, that when he has attained learning himself, he not look down upon everyone else. Many are deceived by the desire to appear wise before their time. They therefore break out in a certain swollen importance…  they slip farther from wisdom in proportion as they think not of being wise, but of being thought so. I have known many of this sort who, although they still lacked the very rudiments of learning, yet deigned to concern themselves only with the highest problems, and they supposed that they themselves were well on the road to greatness simply because they had read the writings or heard the words of great and wise men. "We," they say, "have seen them. We have studied under them. They often used to talk to us. Those great ones, those famous men, they know us." Ah! Would that no one knew me and that I knew all things! You glory in having seen [famous academics], not in having understood…. (Didascalicon, Book Three, p. 94-95).

John Henry Newman said the University of Paris was "the glory of the Middle Ages." Vainglory, Hugh might have replied. He was already seeking wisdom in exile even before the enterprise began.
Posted by millinerd at 7:43 AM