From Envy to Admiration 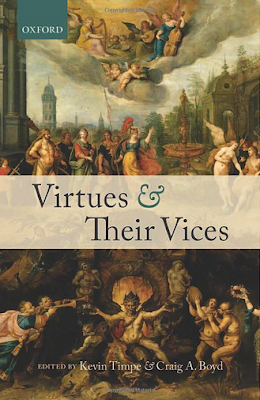 From Timothy Perrine and Kevin Timpe's essay "Envy and Its Discontents" in Virtues and Their Vices (Oxford University Press, 2014):

After all, as one author puts it, "we [humans] are comparison machines."  However,


Charity and humility are correcting virtues, not because they work around envy, but because they remove the source and results of envy. ...Envy is opposed to charity, which is the virtue to love another and tend towards that which is good for her. Whereas charity requires wishing others well, expressing joy when good things happen to them, loving them, and loving one's self, envy leads to wishing ill of others, expressing sorrow over their good, and ultimately hating them. The development of charity will naturally drive out envy, since one cannot both rejoice and sorrow over another's particular good. Charity will naturally manifest itself in ways that discourage envy. Earlier we approvingly quoted Van Hooft as saying that 'a further self-referring attitude lying at a deeper level within envy is a form of dissatisfaction with oneself. When one feels envy, one is dissatisfied with one's own possessions and situation.' Such dissatisfaction may arise from a lack of self-love, which shows that envy may partially be the result of a lack of love for one's own person. This is why charity is a corrective virtue to envy, for charity requires self-love. Beyond this, charity also helps one see that one's own good and the good of the other are not necessarily competitive or exclusive. As evidenced by some of the work by social-psychologists, when we see our own good as connected with the good of others, we are less likely to suffer the vice of envy. Particularly if one takes a view such as Aquinas' in which all creatures' ultimate good is found in union with God, charity will unify rather than divide individuals. Even Bertrand Russell saw that envy could be overcome by seeing the good of the other as cooperative rather than competitive: 'merely to realize the causes of one's own envious feelings is to take a long step towards curing them. The habit of thinking in terms of comparison is a fatal one.' Replacing such comparisons with admiration both diminishes envy and increases happiness.