The Enduring Age of Eliot 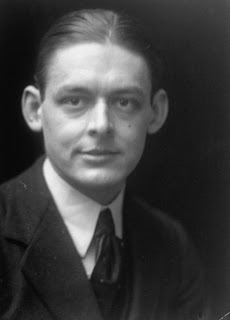 In a review of the latest publication of Eliot letters (1926-27), The New Republic offers the standard academic explanation for why interest in T.S. Eliot is (presumably) at low ebb:


Eliot’s criticism, with its probing of individual passages and its fixation on a specifically literary tradition, predominantly European and Christian, is out of key with current academic approaches based on such “contextual” categories as race and ethnicity, gender and sexual orientation, post-colonialism and social class. Eliot’s poetry, with its learned footnotes that themselves require footnotes, reeks of the “elite.” Influential critics of poetry, including those who do not subscribe to the prevailing critical fashions, have not rallied to Eliot’s defense....  [Harold] Bloom (whose view of literature as a ruthless competition among individual writers closely resembles Eliot’s) has been dismissive of what he calls Eliot’s “churchwardenly” criticism.

But as said passage momentarily concedes, there is reason to think that Eliot's legacy is more present than is frequently presumed.  What reeks of the "elite" today is not an admiration for Eliot's poetry, but its carefully curated academic disdain.

Harold Bloom recollected that as a young student he had been “virtually enslaved” by Eliot’s “preferences and prejudices.”  If Eliot had dethroned the Romantic poets, Bloom reinstated them, even reading Eliot as the Romantic he claimed not to be. And where Eliot had stated the importance of influence in his famous early essay, Bloom upended this benign proposal in The Anxiety of Influence, offering six patterns for how literary influence functions almost perversely.  “Poetry is the enchantment of incest, disciplined by resistance to that enchantment,” claimed Bloom, adding a sinister tint to a process hitherto deemed positive.

But reading The Anxiety of Influence today with full knowledge of Bloom’s career is to be faced with an irony.  The sixth form of negative influence he describes is termed apophrades, or “return of the dead,” evoking the unlucky days in Athens when the dead inhabited the houses where they once lived.  Having sought to avoid the influence of his precursor, the later poet – Bloom tells us - now seems as if the one he sought to avoid inhabits him.  “It seems to us, not as though the precursor were writing it, but as though the later poet himself had written the precursor’s characteristic work.”  Curiously enough, Bloom’s relation to Eliot is a fitting example of apophrades. 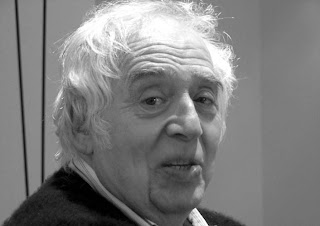 How can we read Bloom as anything but an extension of Eliot’s critical legacy through the literary heyday of deconstruction?  Faced with assaults on the literary tradition, Bloom responded with a furious defense:


Without the Canon, we cease to think.  You may idealize endlessly about replacing aesthetic standards with ethnocentric and gender considerations, and your social aims may indeed be admirable.  Yet only strength can join itself to strength, as Nietzsche perpetually testified.

Bloom, furthermore, made a sharp turn to what he termed religious criticism, even if he did so as a “Gnostic Jew,” loyally opposed to his Jewish tradition.  Beyond celebrating the KJV, he even went on to dispassionately advise an Augustinian revival amongst traditional Protestants and Catholics.  Bloom’s critical style also clearly echoed Eliot.  “Over time,” writes Sam Tannenhaus, Bloom’s “notion of influence has become more orthodox, growing closer, in its sensitivity to echo and allusion, to the approach of the hated New Critics."  Eliot, according to Bloom, “remained a Whitmanian poet, despite all his evasions of Whitman.”   And so has Bloom remained Eliotic despite his evasions of Eliot.

But if Eliot’s understanding of influence is correct – which is advantage not anxiety – this is no condemnation of Bloom.  “If we approach a poet without this prejudice [toward unexamined originality]," wrote Eliot, "we shall often find that not only the best, but the most individual parts of his work may be those in which the dead poets, his ancestors, assert their immortality most vigorously.”  So yes, Eliot persists, and one reason his legacy is continually denigrated might be because his detractor's sense a threat, as the subtle perpetuation of Eliot's legacy would make it easy to revive.  (Hence the tired appeals to accusations from Julius's now dated book instead of bothering to take account of nearly two decades of conversation on the matter since Julius, a common note of which is serious attention to faith).

While there have been obvious critical gains (and losses) since the high water mark of Eliot adulation half a century ago, his legacy has been perpetuated by critics like Bloom, has lately inspired a new journal, Fare Forward, and new waves of artistic production, the Qu4rtets project.  It would be easy to overplay this evidence, but also to underestimate it.  Call it, if you like, apophrades - return of the dead.