INFORMAL BIO: Matthew J. Milliner (a.k.a. "millinerd") has been teaching art history at Wheaton College since 2011. In a previous life he earned a Ph.D. and an M.A. in the Department of Art & Archaeology at Princeton University, where he specialized in Byzantine and medieval art. In the life before that, he graduated from Princeton Theological Seminary with an M.Div. degree. In the life before that, he was the Director of Youth Ministries at Media Presbyterian Church in suburban Philadelphia. In the life before that, he went to Wheaton College, where he was an art history major (and married the other art history major). In the life before that, he grew up in New Jersey, Brazil and Indiana. And in the life before that, he did nothing, because the Origenist doctrine of the pre-existence of the soul was condemned in 553 AD.
FORMAL BIO: Matthew J. Milliner holds an M.A. & Ph.D. in art history from Princeton University, and an M.Div from Princeton Theological Seminary. His scholarly specialization is Byzantine and medieval art, with a focus on how such images inform contemporary visual culture. He teaches across the range of art history with an eye for the prospects and pitfalls of visual theology. He is a five-time appointee to the Curatorial Advisory Board of the United States Senate, and a winner of Redeemer University’s Emerging Public Intellectual Award. He has written for publications ranging from The New York Times to First Things. He recently delivered the Wade Center’s Hansen lecture series on Native American Art, and was awarded a Commonwealth fellowship at the Institute for Advanced Studies in Culture at the University of Virginia to complete his forthcoming book, Mother of the Lamb (Fortress Press).

Writing linked to through curriculum vitae, or on the side bar of this blog (under "extra millinerdum").

Light in Sacred Space: Light from the Cave from Bridge Projects on Vimeo.

Matthew Milliner Lecture from Fieldstead and Company on Vimeo.


Toward a Visual Ecumenism (Duke University talk available through iTunes). 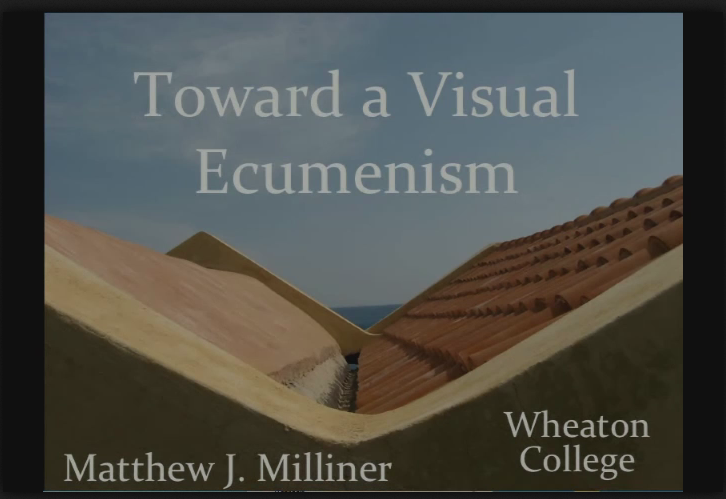 Daughter of Thy Son (Wheaton College chapel address regarding Mary)