Augustine for the Eyes

It really is the case that in each of theses articles and conversations a new dimension of the Virgin of the Passion surfaces beyond what is on offer in the actual book. Meaning tends to proliferate like that, as explored  in Our Lady of Everywhere at CT:

When the city of Rome was sacked in the fifth century, Christians like Saint Augustine responded by exalting what he called the City of God over the City of Man. But what if the capital of a Christian empire collapses? The Eastern Roman (or Byzantine) Empire had to ask that question when Constantinople (now Istanbul) fell to the Ottomans in 1453. I would argue that the Virgin of the Passion icon provided the same service for that disaster that Augustine provided in his famous book City of God. But this time the answer came not in writing but in paint. 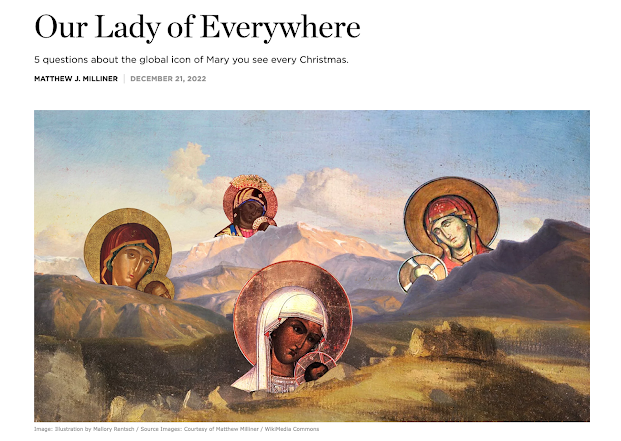 Posted by millinerd at 9:46 AM