To mark the quincentenary of the Reformation (and the tenth anniversary or our original 9.5 theses), millinerd editors have culled the following from Ron Rittgers' brilliant conclusion to Protestantism After 500 Years (2016), Thomas Oden's The Rebirth of Orthodoxy (2003), and above all, Peter Leithart's bracing manifesto, The End of Protestantism (2016).

1. "The first Protestants split from the Latin church that had, of course, already been in schism with the Orthodox church for almost five hundred years. In light of this reality, all Christian must be considered schismatics; no Christian church is immune from this accusation, including Catholics and the Orthodox" (Ronald Rittgers' epilogue to Protestantism After 500 Years, 336). 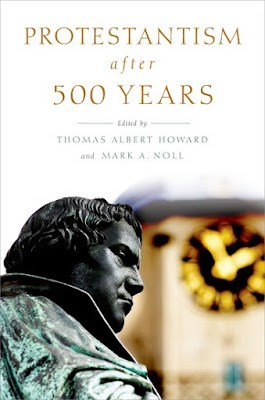 1.2 "Unlike both Catholic and the Orthodox, most Protestant churches do not claim to be the one, holy, catholic, and apostolic Church; they are simply imperfect expressions of this church. They content themselves with a rather minimalistic (perhaps too minimalistic) ecclesiology - the preaching of the Word and proper administration of the sacraments, or, simply, the presence of the resurrected Christ. Therefore they do not confront one another with the impossible choice between two mothers, both of whom have important, compelling, and yet contradictory claims of being the church. Protestantism protects from this double bind even as it protests this double bind, and this protest should not cease until the original schismatics are reconciled. Then it might be time to declare the Reformation over" (ibid.).

1.4 "Perhaps [instead of tragic and necessary] it would be better to speak of the Reformation as tragic but salutary, or as simultaneously tragic and salutary (simul tragicus et salutaris), for it was certainly both" (ibid., 337).


1.6 "2017 should not be about Protestants only, or Protestant and Catholics only.... Perhaps the larger goal of 2017 should be to prepare the way for 2054 when Christians will observe the millennial anniversary of the tragic, unnecessary schism between Catholics and the Orthodox" (ibid., 338).

1.8  "How is [a Protestant conversion to Catholicism] different from Peter's withdrawal from table fellowship with gentiles?...  To become Catholic I would have to contract my ecclesial world" (Peter Leithart, The End of Protestantism, 169-170).

2. "In our desire to recover what the seventeenth-century Puritan divine John Owen called 'the glorious beautiful face of primitive Christianity,' we must go through Wittenberg, Strasbourg, Geneva, and Canterbury, not to mention Louvain, Avila, and Rome" (Timothy George, Protestantism After 500 Years, 324).

3. "The achievement of unity will involve nothing less than a death and rebirth of many forms of church life as we have known them... Nothing less costly can finally suffice" (New Delhli report, 1961).

3.2  "Disunity of the church is a disease in Christ's body, a shattering of the Spirit's temple" (Peter Leithart, The End of Protestantism, 22).

3.4 "We are all Laodiceans, boasting of our health and wealth when we are poor, blind, wounded, and naked. No tradition has bee spared the desolation of division. Every Christian tradition is distorted insofar as it lacks, or refuses, the gifts that other traditions have" (ibid., 167).

3.6 "We can live with ourselves because we have created a system to salve our conscience and to deflect the Spirit's grief. We have found a way of being church that lets us be at peace with division" (ibid., 3).

3.8 "If the reunion of humanity has not taken place, Jesus's death and resurrection had no effect" (ibid., 17).

4. "Denominationalism is not union. It is the opposite. It is the institutionalization of division" (ibid., 4).

4.2 "The marketplace analogy [for denominationalism] is itself an accommodation to worldly patterns of sociality" (ibid., 79).

4.3 "[Denominations] are not bodies but collections of eyes, hands, brains, and other disembodied parts" (ibid., 73).

4.4 "Denominationalism [in its endorsement of racial division] makes cowards of us all" (ibid., 86).

4.5 "American has not been secularized because it started out pre-secularized [i.e. its original denominational pluralism]" (ibid., 82).

4.6 "Denominationalism cannot overcome Babel because the denominational church is a Christianized Babel" (ibid., 89).

4.7 "Denominationalism is not disestablishment but rather the form that Protestant establishment has taken in the United States" (ibid., 146).

4.8 "The dissolution of denominationalism in the solvent of consumer choice may be the flood that sweeps the world clean and makes way for a renewed church" (ibid., 158).

4.9 "It is denominationalsim, not ecumenism, that minimizes the importance of doctrine" (ibid., 77).

5. "The old ecumenism was largely a liberal Protestant artifact... the new ecumenism is above all committed to ancient classical ecumenical teaching...." (Thomas Oden, The New Ecumenism). 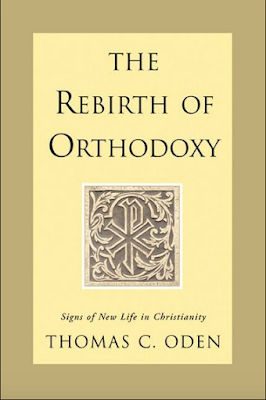 5.1 "Protestants have as much right to the councils and church fathers as do the Antiochenes. Augustine and Athanasius are not owned by the Africans; they belong to all. The Turks do not possess Polycarp or Gregory of Nyssa. The Syrians do not possess Ephraim. Rome does not own Leo or Gregory the Great. As the common heritage of all Christians, they may be equally receved and celebrated and enjoyed by all. Believers everywhere my lay equal claim to this vast patrimony - and they are doing so in ever greater numbers. People of vastly different cultures are recognize in in these witnesses their own unity as the people of God, despite different cultural memories, foods, garments, and habits of piety." (Thomas Oden, The Rebirth of Orthodoxy, 64-65).

5.25 "No confession or creed can settle all questions for all time" (Peter Leithart, The End of Protestantism, 28).

5.3 "There must... be a way of insisting on doctrinal truth while simultaneously striving to overcome doctrinal division" (ibid., 173).

5.4 "There will be more theological battles in the reunited church than there are today, because in a reunited church believers will be reluctant to relieve pressure by breaking from the church and because Christians of different views will have to learn to live together, dwelling in each other as the Son dwells in the Father" (ibid., 29).

5.7 "It may be that neither side has really grasped the depth of the biblical teaching on justification" (ibid., 175).

5.75 "Pursuing receptive ecumenism, Christian fall in love with the presence of God in the people, practices, and structures of other Christian traditions" (ibid., 168).

5.8 "[Orthodox] Exiles [from Russia] have played an analogous role in the renaissance of modern theology [as the exiles from Constantinople in 1453]" (ibid.131).

5.9 "Vatican II was not entirely the universal council that the Reformed hoped for. But is is the closest thing we have, and it should be received as the gift that it is" (ibid., 130). 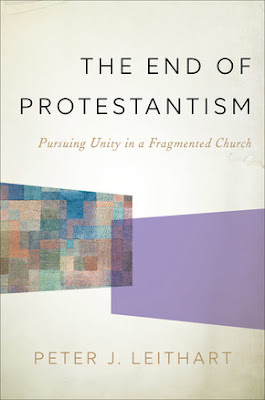 6.5 "Christendom is being rebuilt on a human scale in town after town across America. It is an [ecumenical] model of ministry suited to our historical moment. Christendom in dead! Long live micro-Christendom" (ibid., 187)!

7. "The triad [Catholic/Orthodox/Protestant] that modern Christian have used to map world Christianity had been completely dismantled [by global Christianity]" (ibid., 127).

7.25 "The proliferation of varieties of Christianity [in global Pentecostalism] reconfigures the church and provides an opportunity to approximate more closely the unity that Jesus prays for" (ibid., 128).

8. "When the withdrew from table fellowship with gentiles, Paul did not excuse him with the assurance that spiritual unity was more important than table fellowship. Paul expected - demanded - that the church's unity be visible in table fellowship, in loyalties and allegiances, in the names Christians adopt for themselves.... An invisible unity is not a biblical unity" (ibid., 19, 21).

8.2 The unity of the church in not an invisible reality that renders visible things irrelevant. It is a future reality that gives present actions their orientation and meanings" (ibid., 19).

8.4 "Being a Reformational Catholic Christian is a circus ride, a high-wire act with no net but the living arms of our faithful Father" (ibid., 191).

8.6 "Black-white, Protestant-Catholic: these are the boundaries that must be transgressed, the dividing walls that must be broken through" (ibid., 98).

9.25 "Reunion, when it comes, will be a gift of God, a work of the Spirit. Yet we must act, and our actions will either preserve current divisions, make them worse, or move toward the unity for which Jesus prays" (ibid., 165).