Our Lady of National Public Radio 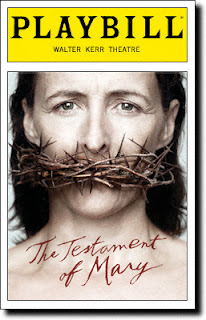 It was not surprising, but was nevertheless saddening, that NPR was more concerned last year with Colm Tóibín's novel The Testament of Mary than it was with a far more newsworthy Marian publication event of the same year - the first English translation of the earliest complete Life of the Virgin by Maximus the Confessor, published by Yale University Press. What should be more important to a radio outlet with pretensions to some degree of intellectual seriousness: another contemporary projection onto the past, or what very well may be the Mariological equivalent to the discovery of the Dead Sea Scrolls?

But NPR simply covered Tóibín again, and again, and this year, you guessed it, they - wait for it...   covered it again. I did not see the Broadway Play version of Tóibín's novel, but some are wondering why it closed prematurely.  Perhaps (and I am only hoping here) people realized - unlike their publicly funded radio station - that the more daring story came from Maximus.  So, if Tóibín is not available for another interview, perhaps NPR will consider interviewing the heroically productive scholar of early Christianity, and translator of Maximus' life (from Georgian!), Stephen Shoemaker.  For a review of his translation you'll need to consult the current Books & Culture (which by such coverage further proves the need for its threatened existence).  For some of the ways that my Wheaton students responded to this profoundly moving text - a body blow to secular feminist caricatures of Christianity - consult my article in the current First Things, Our Lady of Wheaton. 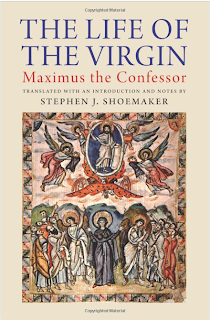 In said essay, by the way, I point out that Avery Dulles - later to be Avery Cardinal Dulles -  made a bold ecumenical maneuver regarding Marian doctrine: He suggested the anathemas could be removed from the papal definitions of 1854 and 1950 while preserving the original teachings, thus making room for more diversity in Marian doctrine - the very kind of diversity that Maximus' Life of the Virgin reveals.  And it wasn't just Dulles. The German Catholic theologian Heribert Mühlen in 1966 asked “whether it is really of life and death importance if a person does not explicitly confess these two dogmas.” Capuchin Father William Henn reasserted the same ten years on:


Without excluding the hope for complete doctrinal agreement, we need to explore whether it might not be possible that reunion could include at least some diversity of explicit belief, based not upon a particular community’s lack of faith or refusal to acknowledge authority, but rather on its different developmental history – something like the diversity of explicit belief which one observes between the various ages of Roman Catholic Church history.

Maximus' Life of the Virgin is all the more reason to take such suggestions - Catholic suggestions  -  seriously.  What Protestants, Catholics and Orthodox Christians can certainly agree about, however - thanks to Tóibín and NPR - is that there are necessary limits to Marian diversity as well.
Posted by millinerd at 11:05 AM