If you don't think academia has gone religious you either 1) haven't been there in a while, 2) are pretending to ignore such an obvious development or 3) are part of a religious subculture invested in the notion of "secular academia" as a foil that galvanizes institutional identity, justifies a lack of engagement, and rallies donors who don't know better.

But what about the rise of programs in secularism?  Doesn't this disprove academia's supposed "religious turn"?  Quite the opposite.  Previously, the entire university flew under the banner of secularism.  Now, the secular perspective has been historicized and relegated to one field among others (exactly what once happened to religion).  Needless to say, secularism continues to have a legitimate place in the modern university, but it now has to be chosen.  The title of one recent publication says it all: The American University in the Postsecular Age.  Indeed, new superstructures of post-secular discourse are being swiftly erected, as evidenced by the invigorating discussions on sites such as the Immanent Frame. 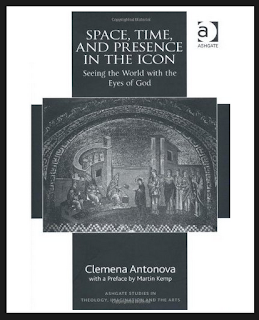 To offer more evidence for this phenomenon, I best limit myself to the field of my terminal credentials: art history.  The secular narrative of art history goes...  or better, went like this:  Art and religion were once inseparable, but as the modern world progressed, art and religion grew further apart.  This simplistic narrative has not disappeared, but it has been profoundly destabilized by countless recent publications.  I try to get the word out about this every year or so, but because the evidence is almost as overwhelming as the determination to ignore it, here we go again.

Consider a brief tour through some recent publications.  Strangely, even ostensibly Christian medieval art required a corrective, leading to The Mind’s Eye: Art and Theological Argument in the Middle Ages (2005), a research path continued, to choose just one example, by Translating Truth (2011).  Meyer Schapiro's secularizing read of Romanesque sculpture has been undone in the discipline's journal of record, to the frustration of many.  The theological turn in Byzantine art is most evidenced in the translation of Pavel Florensky, whose thought is developed (not just regurgitated) in Clemena Antonova's Space, Time, Presence in the Icon (2010).

The undoing of Jacob Burckhardt’s secular Renaissance has been going on for decades, resulting in Christianity and the Renaissance (1990) and a host of more recent specialized studies giving special attention to religion such as The Controversy of Renaissance Art (2011) or The Vision and the Visionary in Raphael (2011), among others. The Baroque and beyond has enjoyed an overhaul with The Sacred Image in the Age of Art (2011), Rembrandt’s Faith (2009), or Sacred Spain: Art and Belief in the Spanish World (2010).

Contrary to popular perceptions, religious art flourished in the age of Enlightenment, a fact thoroughly documented by Art and Religion in Eighteenth Century Europe (2009).  The suppressed religious art of Romanticism has been recovered as well, leading to Representing Belief: Religion, Art, and Society in Nineteenth Century France (1992), Painting the Sacred in the Age of Romanticism (2009), or Painting the Bible: Representation and Belief in Mid-Victorian Britain (2006).  My colleague Rick Gibson explains that the same thing has been going on in the literature of this era, as evidence by The Romantic Reformation (1997).  In the realm of American art, Sally Promey encapsulated her field when she wrote the seminal article, “The ‘Return’ of Religion in Scholarship of American Art” (2003), a direction pursued further, for example, by George Inness and the Science of Landscape (2007). 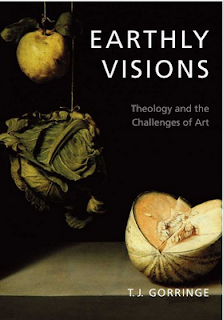 Even the most doggedly secular of these sub-disciplines – the dominant field of contemporary art – has confessed its secular predicament and called, however halfheartedly, for change, as evidenced by Re-Enchantment (2008).  The big bad October crowd, sometimes accused of ignoring religion, appear to be loosening their secular grip as well.  In the second volume of of Art Since 1900 (2011), Benjamin Buchloh refers to Bill Viola’s “reinvesting representation with mythological imagery, even religious experience…" and Hal Foster speaks of “cultic reenchantment." It would be easy to overplay such prose, but just as easy to ignore it.  The article that led to Antonova's book subtitled Seeing the World with the Eyes of God, interestingly enough, first appeared in October.  In short, the pomo reaction to dry formalism and hard-headed historicism has fizzled, and the ensuing vacuum is being at least partially filled with faith.

Again, none of this is to suggest that the secular take on art has evaporated, that this interest in religion is fully informed (let alone traditional), or that the authors of the above publications are necessarily religious themselves.  Indeed, many of the authors make no claim of belief whatsoever, even while they emphasize the faith of others in their scholarship.  But if we were to include those who do profess faith, the list of religiously-minded perspectives on art grows, I remind you, downright unmanageable.

For those without the time to catch up on this growing reading list, a cross-section of the above developments are captured by Timothy Gorringe's Earthly Visions: Theology and the Challenges of Art (2011), reviewed by your scribe not long ago in First Things.  In an impressive display of academic Aikido, Gorringe does not ignore or refuse the secular, but offers a "positive appreciation of secularity...  [which is] part and parcel of Christian revelation."  If Gorringe is right, then saying (as a secular art historian of yore once did) that “religious tutelage had to be broken” for the still life or landscape genre to emerge, is like saying that Christ, because he employed chaff, fields and coins in his parables, was necessarily an atheist. Gorringe conceptualizes a domain - more terrifying to some than the apocalypse itself - where "the secular as an autonomous 'godless' sphere simply disappears."

Graduate methodology courses in humanities used to triumphantly culminate with gender, sexuality, and race. But the religious turn renders this crescendo penultimate, especially considering that feminism and multiculturalism have found a new - and arguably more lasting - warrant under religious sponsorship. As I suggested, all of this is especially inconvenient for the remaining secularists and, strangely enough, for religious folk committed to the old arrangement as well.  Academia going religious means that we religious people might no longer be able to justify ignoring it.  And yet, the "emic" (as opposed to "etic") approach from actual believers - and the debates that such approaches generate - can help ensure that this recent turn of academic fashion remains interesting enough to last.

Posted by millinerd at 8:25 PM