One Testimony About Race 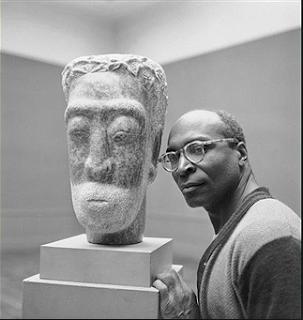 Earlier this month I witnessed a level of racial unity that was downright staggering.  It happened along Roosevelt Road, far away from Wheaton, IL, whose college is now embroiled in a relatively hopeful conversation about race.  It was at Holy Family Catholic Church in Chicago.  I was there for art historical research, and upon arrival, I braced myself for the sad spectacle of a onetime thriving religious community now inhabited by a handful of elderly worshippers whispering the rosary.  What I witnessed, instead, was ethnic harmony nearly amounting to theistic proof.  The traditional Catholic Mass (from which, of course, I abstained) was infused with sublime African-American "rhythm and praise" singing from a mixed-race choir that, because of disciplined, expert leadership, nearly moved me to tears. The passing of the peace, in a packed congregation of various ethnicities (in relatively even numbers), lasted for fifteen minutes.  The sermon, delivered by a white priest, included a moving biography of the African American Chicago sculptor Marion Perkins, whose abstractly black Christ presides over the Art Institute's American galleries.  This experience was a reminder that supposedly "white" liturgical worship and "black" spontaneous worship is a characterization which is itself arguably racist.  These styles can and should blend into one another, support one another, as they do at Holy Family.

This was not a first-time experience.  We've been encouraged at Wheaton to testify about race as part of our campus conversation, and so, one professor's story:  Being raised in a primarily white context ensconced me in what is called an "unmarked category" - being the norm without quite realizing it.  And yet, because of, and I think only because of, a teenage evangelical conversion I was repeatedly catapulted from my suburban context into Philadelphia, thereupon directing a summer camp for primarily African American youth for several years. This continued at Wheaton in the late 1990s, where I took an "African American Experience" class which, believe it or not, was not just a "token" part of the curriculum but actually helped, as did countless trips to Chicago. I remember our professor taking us to the top of a Chicago high rise to meet blisteringly smart African American male and female executives. "You need to see this," he smiled, and indeed we did. My (far more normative than is assumed) involvement in Pentecostalism also played a huge role in diversifying my worship life as well.

There can be no racial reconciliation without genuine affection, and these experiences - not unusual for white evangelicals - slowly generated that affection, which in turn influenced employment. After college, I worked for a North Philly Middle School, and then for a church that effectively partnered with a black congregation in Chester, PA, a partnership which worked past the honeymoon stage toward serious interdependence. I even met Al Sharpton (but it was before selifes, so I have no proof). I have heard Anglican liturgical worship described at Wheaton as upper class snobbery.  But on one occasion, deep in the heart of Chester, I witnessed a black man spontaneously pour his heart out to God in a way that seamlessly blended with the evening vespers of Thomas Cranmer's Book of Common Prayer.  I say all this not to unfurl a diversity CV, but simply to show how involvement with the church does not magically cure, but frequently counteracts the racism that inevitably accompanies an overwhelmingly white suburban upbringing.

But then something horrible happened - I went to graduate school. Over nearly a decade I heard race talked about often, maybe too often.  Racism was often presented as so hopelessly pervasive that my church-based experiences described above were effectively nullified. I was squeezed into a guilt-laced, canned "conversation about race" which did grow tiresome and predictable. It often smacked of what one friend calls "opportunistic indignation," an indignation which ram-rods certain agendas that might not otherwise pass. I was supposed to believe that a fabulously wealthy community accessed only through a high series of hurdles somehow knew more about race than the black communities in Trenton only ten miles away, with which - through the church - I was still involved.  In the last week at Wheaton College, many students of different races have expressed their fatigue about the race conversation even before they arrived on campus. I believe this to be fatigue about this particular kind of conversation, when multiculturalism, as the novelist P.D. James suggested, becomes proxy faith. The tragic irony is that this kind of discussion can actually breed a seething racism all the stronger for being only secretly expressed.

Throughout graduate school, the only place I experienced consistent interracial harmony was, predictably, at the conservative evangelical Christian Missionary Alliance church, whose diversity naturally followed from their preaching of the gospel alongside strategically varied worship. Despite scorn from more "enlightened" Episcopal churches that incessantly talked about race, it was the only the conservative Anglican church an hour away that boasted anything like a truly integrated congregation.  As Newbigin understood, real multiculturalism has everything to do with the gospel.  "Seek ye first the kingdom of God, and all these things [diversity among them], will be added unto you."

I am cheered that at a place like Wheaton College there is middle ground between church and academy on this issue, because there simply may not be any other way ahead. It's not that "academic" conversations about race are necessarily unhelpful. But for real progress, an internalized grammar of repentance and forgiveness is the prerequisite, and this Wheaton has in spades. Yes, we (and I) have a long way to go, even very long. But by so going we are not finally "catching up" with the more advanced state of the broader academic community.  I doubt that broader academic community has tearful Blanchard stairwell confessions (which happened after our chapel tweet incident) or spontaneous circles of singing students gathering before the chapels with which it has dispensed! 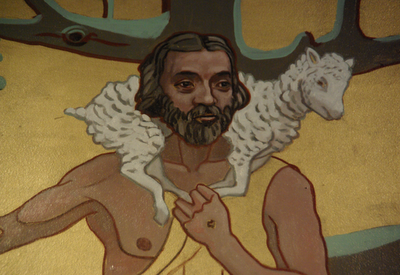 Chapel tweets (unfortunately encouraged by our chapel's gangly, living room stadium architecture), may have started all of this - but they can also help fix it.  Here's one from theology professor Beth Felker Jones: "The Father is not the Son is not the Spirit. God loves difference." This is not to over-theologize a controversy, but to show the basis upon which our conversation will, and already has, progressed. This kind of talk does not fatigue but energizes, simply because it's part of the always energizing gospel.  Wheaton College can justly celebrate the difference in the way we talk about difference - so very different from institutions whose faith has, under the banner of "diversity," been systematically de-activated. While at Holy Family before this all began, I found myself lamenting how much I miss by not worshiping in an ethnically even environment. But I'm encouraged by the ethnically accurate, Jewish Jesus that I see each Sunday at All Souls Church painted by Wheaton Professor Joel Sheesley, and I'll admit to being excited that the Spirit of reconciliation is working its way down Roosevelt Road.
Posted by millinerd at 5:28 PM